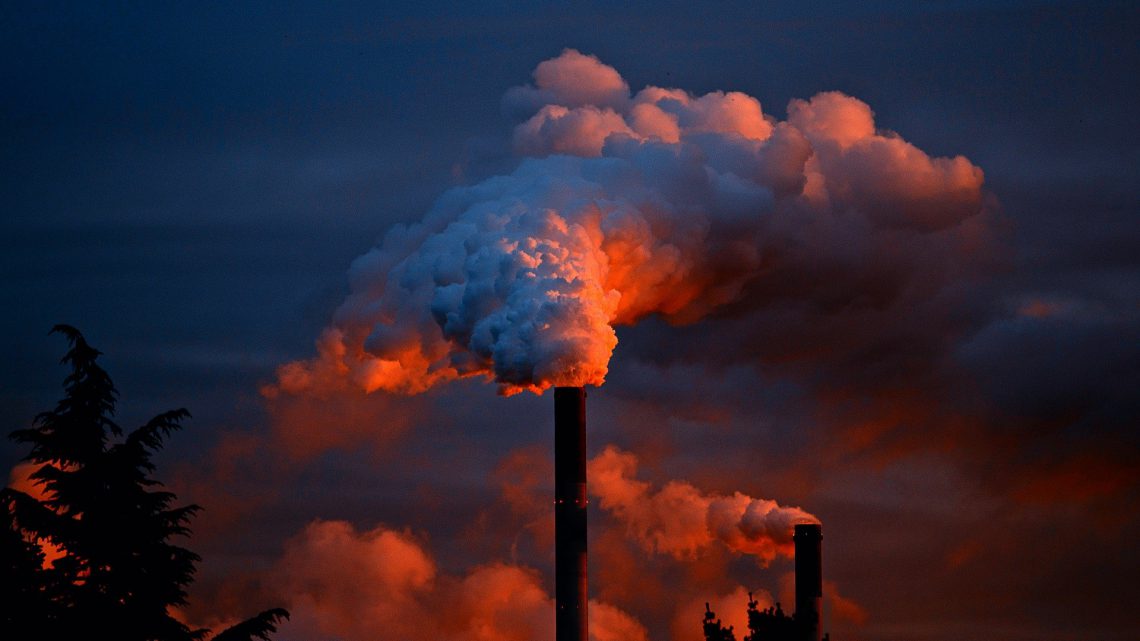 It is now clear that our CO2 emissions have an effect on climate. However, it is more difficult to precisely relate the quantity of emissions to the induced global warming. The IPCC report fortunately provides precise indications, allowing us to use the most beautiful mathematical operation : the rule of three.

The climate rule of three

As the report states clearly :

To illustrate this rule, the report provides a figure showing why a linear approximation –that is the fact that a temperature increase is proportional to greenhouse gas (GHG) emissions– is a good approximation to assess our impact on climate.

The gray straight line corresponds to a temperature increase for CO2 emissions. We notice that it is of the order of 3.5 degrees for 8000 GtCO2 (a GtCO2 is the unit corresponding to a billion of tons of CO2). Stated differently, the relation between a temperature increase, and total emissions is around 0.44C/TtCO2, where a TtCO2 means a teraton of CO2 (1000 GtCO2). The CO2 emissions are reported on the top horizontal axis, and the carbon only emissions (that is without counting the mass of oxygen atoms) on the bottom horizontal axis. These can be related easily since a mole of carbon weights around 12g, whereas a mole of CO2 weights around 44g (12g+16g+16g when taking into account the two oxygen atoms). Hence, one gram of carbon corresponds to approximately 3.66 grams of CO2.

As of today, we have already emitted 2000 GtCO2. In fact it is already slightly more than that since in 2014 the IPCC had reported cumulated emissions of 1900 GtCO2, and as we can see on the yellow area of the following graph, we are releasing around 33 GtCO2 every year, only from fossil fuels usage and industrial processes (like cement production). If we also add all emissions due to land usage, their change, and forest (Forest and Other Land Usage or FOLU), we reach 38 GtCO2 per year in 2010, and 43 GtCO2 per year in 2019. In spite of all our efforts and all declarations of good will, CO2 emissions are still on the rise….

Early 2020, we have emitted a total of 2100 GtCO2. With a simple rule of three, we conclude that the long term temperature rise (sadly it is not instantaneous, this is precisely why we are so slow in reacting), even if we fully decarbonize immediately, will be of 0.9 degrees. We also deduce that if we want to remain below the 1.5 degrees of global warming, we should not overshoot 3500 GtCO2. If we stabilize our emissions at these catastrophic 43 GtCO2 per year, it will happen around 2053.

However, the situation is in fact much worse than that ! Indeed, CO2 is not the only greenhouse gas. Other gases are massively emitted and add up to the total greenhouse effect. The IPCC has made a list of their heating power. In order to make the situation clear and readable, and to assess the climate issue, the IPCC has estimated the future emissions of these other GHGs as a function of our CO2 emissions. By considering the equivalent heating power of these other gases, we reach a new relation between cumulated emissions and temperature rise, which is steeper since all these other GHGs have a non-negligible effect. The relation obtained is approximately given by the red line on figure 1, and it is around 5 degrees for 8000 GtCO2 (that is 0.63C/TtCO2).

The rules of three are much more cruel in that case. With the 2100 GtCO2 already emitted in 2020, we have already commited to a global warming of 1.3 degrees. Now we understand why the goal of not overshooting 1.5 degrees, if technically possible, is nearly out of reach since we should not emit more than 2400 GtCO2 in total, that is we should stop emitting greenhouse gases around 2027. This is tomorrow. Furthermore, even the less ambitious target of 2 degrees would require to stop our emissions at 3200 GtCO2. Given the current emission rate, we should stop abruptly in 2046. The IPCC is crystal clear in its summary for policy makers (that is our for the politicians) :

Said differently, this maximal limit of 3200 GtCO2, which is roughly the value obtained by averaging over the various climate models, allows only to estimate that there is one chance out of two that we do not overshoot the 2 degrees. The IPCC recommends that we should consider two chances out of three rather than one out of two. By the way, who would like to cross the street with two chances out of three to be run over ? We are reduce to formulating this kind of bet… Hence we are left with a maximum of 2900 GtCO2. With the current pace of emissions, this leaves us 19 years, unless we decide to seriously reduce the emissions by then.

These estimations are evidently subject to uncertainties related to climate models themselves, and this is illustrated by the colored region in the figure below. You will find a detailed discussion on uncertainties, especially on the way those different models treat the emissions, and on our carbon budget, on the site Carbon Brief. It might well be that the dangerous slope be only 3 degrees for 8000 GtCO2. If we are very lucky, the situation could simply be super bad instead of being a total catastrophy…

How fast should we reduce emissions ?

Since nobody seriously believes that we shall be able to stop instantaneously our GHG emissions in 2039, we must resonably reduce our emissions gradually each year. If our emissions E are reduced by a rate t, a little mathematical computation allows to determine the total quantity emitted in the future, and this is

In order not to add more than 800 GtCO2, so as not to overshoot the total of 2900 GtCO2, we must reduce our emissions by 4% each year. And if we insist on the target of 1,5C, and thus a total of 2400 GtCO2, we must reduce them by 9%. It is already too late, but still possible physically. We just have to start tomorrow, and it is as violent as training for a Marathon after ten years of smoking…

Neither the reduction of the energy intensity of our production (the amount of energy necessary for a given unit of GDP), nor the reduction of CO2 per unit of energy used, will be enough to reach that goal. The unspeakable truth, is that not heading toward the climate wall implies the degrowth of our GDP on top of efforts to decarbonize and improve the energy efficiency.

In addition, the reduction rate computed with the above method is an average on all countries ! It is clear that developed countries will have to tighten their belt even more, first because they have emitted more than other countries in the past, and also because they are the ones that emit the most per capita ! Either we choose to radically change our economic model, and thus development indicators, or we head into the wall with closed eyes, asking for more economic growth.

In fact this is not the case. As we can see on the next plot, the pre-industrial concentration was around 280 ppm, and today it has only reached the crazy value of 410 ppm.

With all emissions, we have injected only 130 ppm instead of the 260 ppm from the naive estimation consisting in counting molecules. The explanation comes from the carbon cycle, which is central to climate scientists preoccupations. Indeed, part of the carbon released is absorbed by the ocean, and part contributes to the stimulated growth of vegetation. As a result, approximately half of the carbon emitted is reabsorbed. Hence we shall remember that 1000 GtCO2 emitted correspond to an addition of 65 ppm of CO2 in the atmosphere. Therefore, a total of 40 GtCO2 per year result in an increase of around 2.5 ppm (approximately 40 / 1000 x 65 ppm). In a bit less than 60 years, and if we keep on emitting at this rate, we will have doubled the CO2 concentration with respect to the pre-industrial era, and we shall enter in the post-anthropocene era…

If you liked this post, do not hesitate to share it with the buttons below. If you would like to receive notifications for new posts, you can sign up with your mail address on the top of the right column.

Coal production and exports in the world

How sensitive is our climate to an increase of CO2 ?

What is the last carbon ?

Will we stop adding carbon in the atmosphere after exhausting all fossil fuel resources, or because we shall manage to decarbonize our economies earlier ?

We will know the answer in one century.

You can find out more about which cookies we are using or switch them off in settings.

This website uses cookies so that we can provide you with the best user experience possible. Cookie information is stored in your browser and performs functions such as recognising you when you return to our website and helping our team to understand which sections of the website you find most interesting and useful.

Strictly Necessary Cookie should be enabled at all times so that we can save your preferences for cookie settings.

If you disable this cookie, we will not be able to save your preferences. This means that every time you visit this website you will need to enable or disable cookies again.